Jumping With The Stars 2013 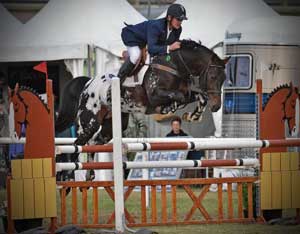 What a marvellous acheivement for the Brockhurst Stud SA and the stunning young stallion Cayuse Bling Du Rouet at this years Jumping With The Stars ,Werribee,Victoria.

Although not started under saddle until recently the talented Olympic rider Jeff Bloomfield piloted the special horse through the go rounds with a 3rd and 5th winning 7th overall from a very strong field in the 5 year old class. 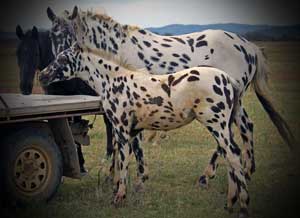 A great type that should grow into an awesome performance mare. 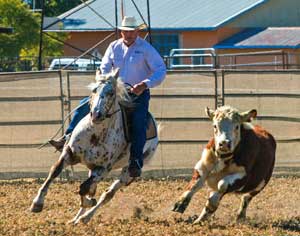 Chatta Lena living up to his cowhorse breeding has been doing very well in the tough campdraft competitions,Winning and placing in novice events with up to 250 in each class!! 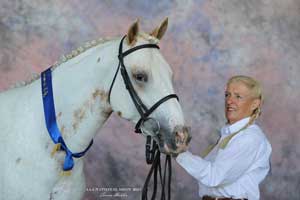 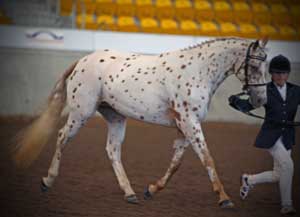 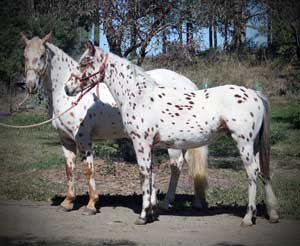 Charmaine Robinson is the new lucky owner to these terrific leopard half sisters,both out of the grand old producer Cayuse Few Moon.Cayuse River Of Gold by the imported warmblood Riverside was this years National Champion Suitability For Dressage horse,plus winning the futurity.Her younger sister a yearling by Loris Flashpoint Af Lyn should also make her prescence felt in the performance ring.They will be trained under talented horseman Sam Watson of Horses and Horsemen Margeret River,WA.Would be good to see them in the future in one of his liberty teams! 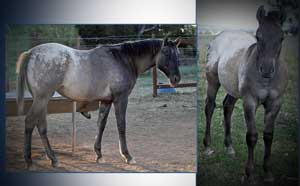 The lovely blue grulla daughters of Loris Flashpoint Af Lyn have found new owners to love them.Both these fillys are homozygous for the LP leopard complex gene!Aleksandra Jelaca from Sydney is the proud new owner of Cayuse Flash O Blue.This filly will be agisted here for awhile to grow up in the herd environment.

Cayuse Song Sung Blue had a long but safe trip to Humpty Doo NT where she will be the favourite of Rashida Khan. 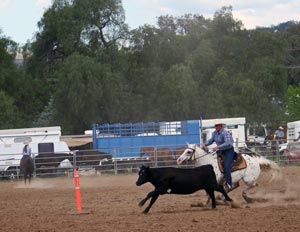 Cayuse Likable Lena ,also by Ric-O-Lena has been proving she is no slouch and teaming up with brother Chatta Lena has been doing some great runs in the campdrafts.Latest placing was at the championships at Walcha,getting ninth out of 245 in the novice campdraft!Well done! 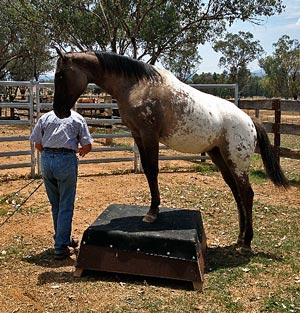 Well one of my favourite fillies Cayuse Flash McMighty had a long trip to her new home in Mackay,luckily she was safe from the floods that were all around!.All the best to Kirily Isherwood on starting your Sportaloosa venture with this sweet girl.

Cat Baird of Auchmeddan Thoughbreds Qld.is a number one fan of the great sire Mighty Storm Song(USA),so when she saw we were reducing mares she snapped up 2 of his lovely daughters as a foundation for her appaloosa stud!Cayuse Dun Up Pretty and Cayuse Carbon Negative are both in foal to the National champion Cayuse Chatta Lena so her foals will carry a double cross to MSS!!Look forward to seeing baby photos later in the year!! 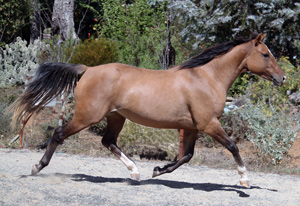 CHATTA LENA TAKES ON THE CROWDS!! 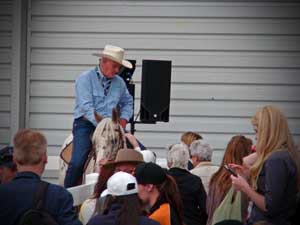 Well the 'Bush boy' Cayuse Chatta Lena made a huge fan club for himself and the Sportaloosa temperament at the big Equitana in Melbourne.He lapped up all the attention,pats and treats and did some fine workouts in the Breed Village displays,maybe he'll make it to the Sydney one later in the year unless he's rnning free with his mares!

Loris Flashpoint Af Lyn made many new fans for the breed at Sydney.Not many people have seen such a spectacular horse in the flesh! 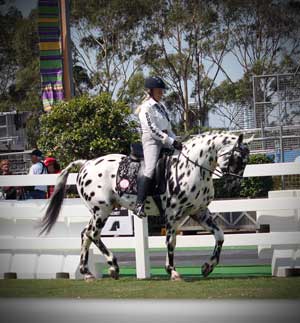